And here's the final batch, from Margaret Thatcher through to Will Seaward:

Few fancy dress costumes end up spiralling into critically acclaimed, sell-out theatre shows. But a couple of years ago, off the back of Matthew Tedford's arrival at Jon Brittain's birthday party in character as Thatcher, an idea for a show was born, and now the camp, outrageous story of Thatcher's transformation into a cabaret star and gay icon is one of the must-see shows of the Fringe.

Three years ago Stooch beat me in the BBC New Comedian Award with a really good joke about adopting animals. I've been carrying out acts of minor revenge ever since, like that time I spied on him and his girlfriend making out and took pictures so I could embarrass him on Twitter. We've made it up again now though, due to the fact that we both know what a Yendy is and appreciate them.

Mat Ewins is another of the comics behind the acclaimed Bearpit Podcast Podcast, and since I've met him I've been mistaken for him twice (we both have spiky hair and big eyes). His show this year is a sort of inspired Bond spoof, incorporating some great short stories and some playful audience interaction involving football rattles. Very excited to see more of it.

Over the last few years, Matt's shows have consistently delivered in creating worlds of dark surrealism in which he could weave his complex narratives. This year, he's doing a show with all his usual storytelling prowess and charm but discussing things much closer to home in a show about dreams, sleep, family and shotgun-toting murderers. We both have shark anecdotes in our shows, but his is better.

Michael has been another key player in the Weirdos Blueprint and Laugh Out London experimental nights this year, and his solo stuff has an unmatched commitment to big, ridiculous ideas. My favourite was the time he gargled Sophocles' Ode To Man while nailing grapes to Justin Bieber's face, but the whole "pouring milk down his trousers" thing was another good one.

The One-Eyed Men's Cult of Lactos

The One-Eyed Men (Alex Kempton, Ben Anderson and Sam Jacobsen) have, on top of a series of wonderfully silly ideas, an incredible knack at incorporating even the most severe cockup into their sketches to create a hilarious, rambling whole. Quite simply one of the best sketch groups around, and sadly on hiatus after this year's tale of milk-worshipping cultists. Make sure you see them before they take a break for a year!

Of all the weirdos and idiots and lunatics I've listed here, it's just possible that Penny is perhaps the silliest of the lot. I've not seen much of her live stuff, but she's always been brilliant at Blueprint and I've seen a fair few of her Youtube videos, which are gloriously daft. Try to watch the one in which she's haunted by a ghost willy if you can, I think it's the most representative of her stuff.

Phil Kay is the master of freewheeling nonsense, and is back at Bob's bookshop this year for more rambling, storytelling and stupidity. Chances are at least once per show he'll end up climbing on something or setting something on fire or something like that, but it wouldn't be the same show without the usual levels of risk.

Pierre Novellie has been winning acclaim and awards across the board over the last couple of years and is already one of the most exciting new comics around, which is annoying really as he's only, like, 20 or something like that. But he's also a really kind and friendly and open-hearted guy, so you can't begrudge him. You may know him as the face of a South African brand of nappies in the early 90s.

Not content with simply being a brilliant musical comedian, this year Rachel's added a new string to her bow in character comedy, with a show featuring a whole host of glamourous singer-songwriters. There's a wonderfully conceited fading diva with 80s power ballads a-plenty, and a country/bluegrass singer that's great fun. There's others besides that I've not seen yet, but it looks set to be a real extravaganza of a show.

The promo image for this show disturbs me in a similar way to the cover of Billy Joel's Piano Man album. But the show will be great. Some friends of mine came to see me gig with Rob a while back and enjoyed his deadpan, whimsical poetry so much they bought his book, and these particular friends are usually right skinflints, so that's a real testament to his talent.

I was absolutely gutted to hear about this. Sarah Bennetto was a truly great comic and storyteller, and to learn about her death by reading the Fringe listings was a cruel blow. It's very generous of the Pleasance to stage her funeral live every day, though, and I'll definitely be popping in to pay my respects. Such a tragic loss.

Sara Pascoe is always a reliable guarantee for one of the best shows on the Fringe, so I don't feel bad about recommending this even though I've not seen any previews for it. The blurb says it's all about the past shaping our future, which is weird because I've been looking into this whole philosophy of "every decision you've ever made has led you to this moment, therefore you can make sense of your life." Spooky.

These days Idina Menzel is probably best known for Frozen, which leaves the "Best known for Wicked" title up for grabs. That suits Sooz Kempner fine, as her show is about her longstanding ambition to one day play Elfeba. While discussing frustrated ambitions, she also finds time for a bunch of great, catchy comedy songs and some brilliant anecdotes about achieving a dream.

Spencer Jones Is The Herbert

At the preview I saw, Spencer spent the first half proving himself as a really talented and engaging storyteller, before segueing into a second half of some of the most inventive, exciting and downright stupid physical clowning I've seen, involving household appliances and DIY tools. It's truly brilliant stuff, for the inner child that always wanted to play with a power drill purely because they weren't allowed to.

Stu is my favourite Australian comedian. I didn't actually know he was Australian until I read a review of his show last year, as he's never sounded Australian to me, but there we go. It's possible that this year he'll talk more about his Australian roots than he has done in previous years, but the only thing I know for certain features in this year's show is what he claims is the best Billy Joel joke of all time.

Formerly one half of the hit cabaret duo Sexytime!, Tessa is also an acclaimed clown, physical comic, dancer, mover, etc etc, as well as becoming a key player at Blueprint and Laugh Out London. WOMANz has been getting rave reviews and is an extravaganza of dancing, singing, moving, clowning and generally channeling funky good times, like Parliament (the band, not the parliament). Can't wait to see it.

Thom Tuck: The Square Root Of Minus One

Thom Tuck is another of the co-founders of the Alternative Comedy Memorial Society, and his new show is about mathematical impossibilities within belief systems. He's also a big Magic: The Gathering fan, as I recently learned. Really gutted I chucked out my collection in Year 9, because I had a really good deck of principally whites and blues. He's more into reds and greens. I'm gonna start collecting again.

Tim Key is one of my absolute faves. Masterslut from a couple of years ago is still one of the best comedy shows I've seen, and from the mini-previews I've been able to see, Single White Slut looks just as masterful. It's already sold out its run at the Arcola Theatre in London and is only at the Fringe for the second half, so book tickets asap!

Tim is another hotly-tipped newcomer this year who's been winning plenty of acclaim across the circuit over the last couple of years. His debut solo show sees him explore some of the darker questions about ourselves, such as why we feel the need to judge others on their appearance and why laughing at others' misfortune can be so much fun. This one's likely to be a really big breakthrough show for a great comic.

Quite apart from having by far the best title of any show this year, this is also likely to be the best two-hander you'll find. Also, I genuinely thought the title was it as far as the Simon & Garfunkel parallels go, but only realised when I saw their picture how much they look like them. For those expecting a Simon & Garfunkel tribute show, there is a bit of that but mainly it's just two comedians being great.

Another Fringe favourite and another master of nonsense returns with a new show, which I'm excited to see having missed out on his previous ones. The previews I've seen have delivered plenty of absurd non-sequiturs and nonsensical acrobatics, though there are a few very funny and genuinely touching true-life stories thrown in alongside about dealing with mortality. Had a chat about mortality with a friend this week, too. Spooky. Coincidences 'n' that. Read The Alchemist.

Will Franken: The Stuff They Put In Sleep

I sort of have to include Will on this list because I recently told him to get to a gig about two hours earlier than he needed to. But even that aside, I'd include him anyway because he's the best character comic you'll see at the Fringe, capable of flitting from one inspired and outrageous character idea to the next without missing a beat. My favourite of the new ones is the late night Turkish cornershop proprietor.

The phrase “larger than life” could have been invented for Will Seaward. He feels like he stepped out of another century and barrelled into this one with a collection of stories too bizarre for his own era. I've seen him tell stories about a fearless sea captain and another about a grizzled American gumshoe. Seeing him tell stories about ghosts at midnight feels like one of the most natural fits ever. 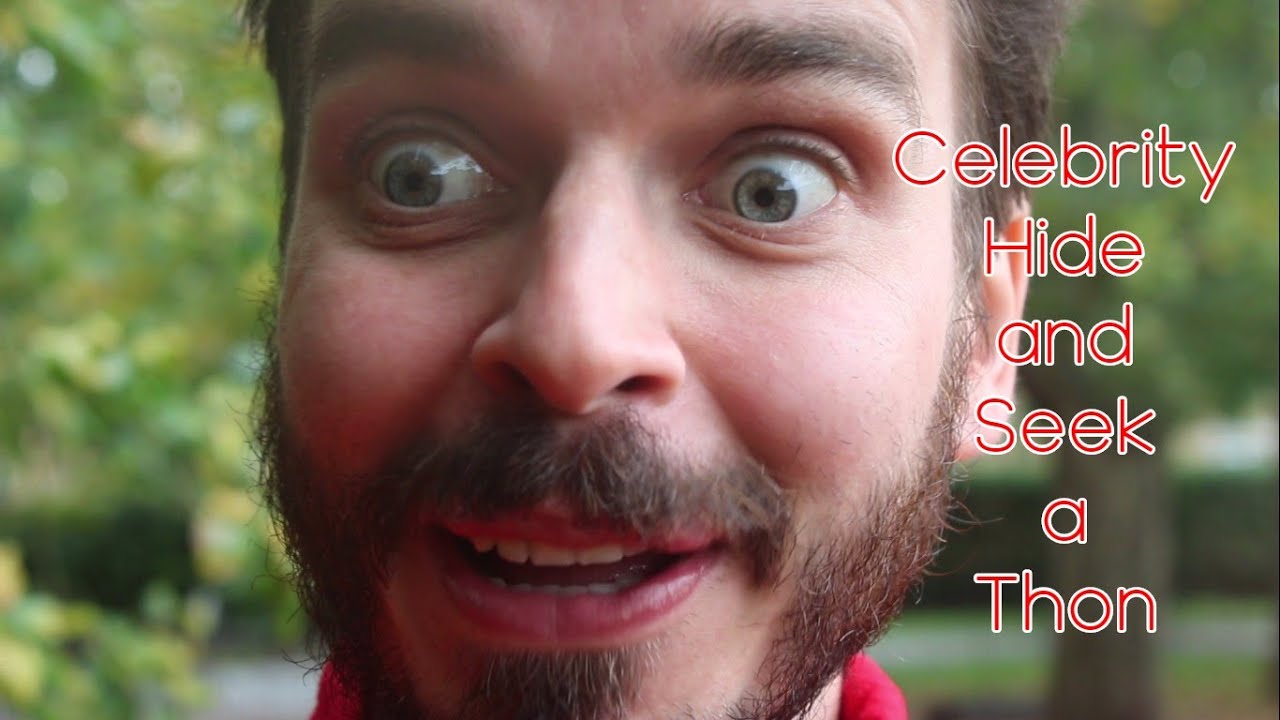 This Is Your Afterlife Podcast

You Build The Thing... on Go Faster Stripe 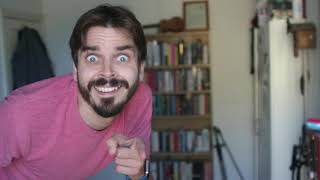 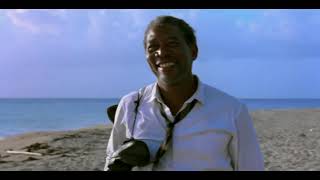 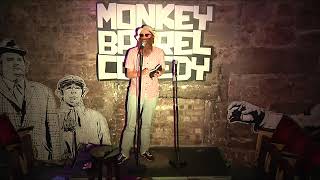 Mr Fruit Salad Is Going On A Bear Hunt