(In a bravura gesture, I rip up my speech and scatter it across the stage. I then sheepishly go and collect the fragments and piece them back together)

I’ve always wanted to start a talk that way, but it does make a lot of mess and I do need this. I’ve done that because I wanted to start by drawing an important distinction between information and meaning. I have a bit of a problem when it comes to doing this talk. This talk isn’t about East Midlands Parkway itself, it’s about Ratcliffe-on-Soar Power Station at East Midlands Parkway, and the tricky thing with talking about that is that I don’t know anything about it. I don’t have any information about it whatsoever. Some information about the power station is going to flash up onscreen now, but I’ve not read that – that’s for you so you don’t feel short-changed.

I don’t need information on it because I know how it makes me feel, and I thought the most boring thing I could possibly do would be to try and communicate to you why it’s my favourite place in the entire world without falling back on information, because I think when you’re trying to express a feeling, information is cheating. Nobody can ever really express what’s in their head, or articulate the filter through which they experience the world, so all I can do is show you fragments, show you glimpses of my own experience and insist that they have meaning for me, and hope that there’s somebody in the room, even if it’s just one person, who understands. So I’ll tell you about my experience of this power station.

I first saw the chimneys of Ratcliffe-on-Soar Power Station, like most people, from a moving train. I take a comedy show to the Leicester Comedy Festival every year, and the East Midlands Railway line to Leicester from London St. Pancras goes right through East Midlands Parkway and takes you right under the chimneys, I’m sure many of you have taken that train and seen this view. I remember feeling very calm and deeply awed by them the first time I saw them. I loved the size of them, I loved the angles, I loved the lines, I loved the colour they looked when they were lit by bright sunlight. I loved the fact that these quite ugly, hulking, brutalist towers rose up out of green and blue, because they’re surrounded by fields and little rivers, they look like they’ve just been dropped there. I’ve always been a huge fan of ugly, brutalist concrete that rises up out of nature. This is another of my favourite spots in the world, it’s a bridge in Hay-on-Wye, where I’ve visited since I was a kid and where my mum lives now. Every time I visit I put 20 minutes aside to come and look at this bridge from this spot and look at these huge pillars rising up out of the river.

I became familiar with the chimneys over several years of passing them by en route to performing different comedy shows at the Leicester Comedy Festival. Every comedy show I took to Leicester was a snapshot of what my brain had been thinking about and working on over the course of any particular year, of every thought or idea I’d had, and I always found it comforting that whatever turmoil had been going on in my brain over the months, and however changed I felt as a person when I passed them, the chimneys always looked exactly the same and never moved or changed. I started to think of the word “edifice” every time I saw them. I don’t know what they’re an edifice to, but I definitely think they are edifices or monuments to something very human that I couldn’t quite put my finger on.

In 2015 I had to change trains at East Midlands Parkway for a completely different journey, I think coming back to London from Northampton having visited my grandad in hospital. My train ended up being severely delayed, and I was stranded at East Midlands Parkway for an hour in the middle of a Biblical thunderstorm. I had never seen the chimneys in anything but sunlight before, and suddenly I saw them in horizontal rain under rolling storm clouds with thunder booming and lightning arcing across the sky. The chimneys still looked exactly the same as they always did. They didn’t rattle and they didn’t move, even though the entire sky around them had darkened and changed, like mixing paint, and again I felt like they were monuments to something. I stood on the platform getting drenched and shouting “There’s my boys!” into the storm for a good twenty minutes, like Lear, but less poetic.

This is Emily, my best friend. A couple of years ago, Emily moved to Beeston as she moves around a lot and I’ve always tried to make the effort to get to know each successive place she makes her home. On my first visit, she took me to visit this place, Tony’s Boathouse Cafe at Beeston Marina, which is now one of my favourite places to eat in the country. It won the East Midlands Waterside Cafe of the Year Award last year, which is an award with enough caveats that it makes me suspect everybody won an award that year.

The proprietor, Tony, works incredibly hard to make everybody feel welcome. With every single customer, he memorises one key detail so that he can always reference something personal about them every time they visit and foster good relations with all of them. I once saw him go into the kitchen as somebody was approaching the door and whisper to his wife “Anthony? Wife does an am dram course?” and then his wife nodded and he strolled outside and said “Hello there, Anthony, how’s the wife’s am dram going?” I have never seen somebody devote themselves so utterly to making other people feel welcome. He doesn’t know my name as I've never told him, but every time he sees me he calls me “My friend from London” and gives me a coffee in a comically large mug and says “I bet you don’t have anything like that in London!” and I don’t have the heart to tell him. At Christmas he gave me a spider-plant, which I’ve now housed in a flowerpot shaped like Beaker from the Muppets, which he finds very funny. “Fair enough, we don’t have anything like that in the East Midlands!” he said when I showed it to him.

After the first time Emily and I visited the Boathouse Cafe, we then went on a long walk around Attenborough Nature Reserve, a network of reservoirs and lakes and a wild bird sanctuary. When we rounded one bend, we stumbled upon a view of the chimneys of Ratcliffe-on-Soar, which sat on the horizon on the far side of the water, and I sat and stared at it for minutes because I’d never seen them like that before. I’d never seen them so far away and small and sort of blue-ish when lit by the reflection of the water. Over the subsequent two years, I’d make regular visits every couple of months and we’d walk around the nature reserve and try to discover new views of the power station we hadn’t seen before. Sometimes it looked enormous and looming right on the horizon, and other times it looked very small and far away. It just depended on where you looked at it from.

This year I had a really difficult time. I spent most of the year struggling with anxiety, and I lost a grandparent, and a relationship came to an end and I found it very hard to get out of my head and I accidentally cut off a lot of friends because I was unable to see a way out of it. And when it was at its worst, this was where I came. I came and looked at the power station with Emily, because I was having trouble grasping onto anything in my head and I needed to see something constant, and something that never changed. And I don’t know if that meant the power station or my friend, but I now think that that’s what they’re monuments to, for me. To the people who are always there and who never change, even when they’re far away.

This is my brother Barney Norris, the thinking man’s Joz Norris. Before I finish, I’ll tell one quick anecdote about how Ratcliffe-on-Soar happened to crop up in his life too. Barney once accidentally fell in with a gang of eco-anarchists who had a plan to shut the power station down. Their plan involved cycling into the grounds en masse and climbing up to the top of the chimneys and sitting on them until they shut down the station. How this was going to work in the long-term I’ve no idea, but it was an admirable short-term plan. Barney once lived in a flat-share with some of the key eco-anarchists, so he would sit and eat breakfast cereal as they met and discussed their plans to stoke civil unrest. He eventually had to wait in and look after the bikes for a morning until one of the gang came to collect them in a van and drive them to the power station. The plan fell apart in the end, apparently because the man Barney allowed to take the bikes away was an undercover policeman who’d got wind of the plot. They all went to prison, and it’s largely on my brother, I reckon.

I include this story because I feel that I ought to include some nod towards information that actually holds some objective interest beyond just trying to express the contents of my own head. I have very little of objective interest to say about Ratcliffe-on-Soar Power Station, I can only tell you what it means to me. I don’t know when Ratcliffe-on-Soar was built, I don’t know what it does, I assume something to do with the generating of power. What I do know is that this outwardly ugly, banal, functional, hulking place that for some reason makes me feel awed and calm and somehow connected to everything, kept cropping up in my life in strange ways and kept forging its own connections to the significant things in my life, and so many small invisible threads kept leading me back there that eventually it became a huge part of my life. I think it’s worth taking note of the boring, tedious, insignificant things in your life that your brain keeps leading you back to and finding the meaning in them, because our lives are woven out of small moments and insignificant things like being given a spider-plant and drinking coffee out of a big mug and if we choose not to honour those small things as much as we honour the big things we like to show off about then I think our lives go by too quick and too shallow without our ever discerning the meaning of them. I hope you all have somewhere like Ratcliffe-on-Soar Power Station in your lives, and I hope you bore people about them as much as I do, because contained somewhere in there is some feeling very unique to your life, but felt by everybody. That feeling is the reason Ratcliffe-on-Soar is my favourite place in the entire world. 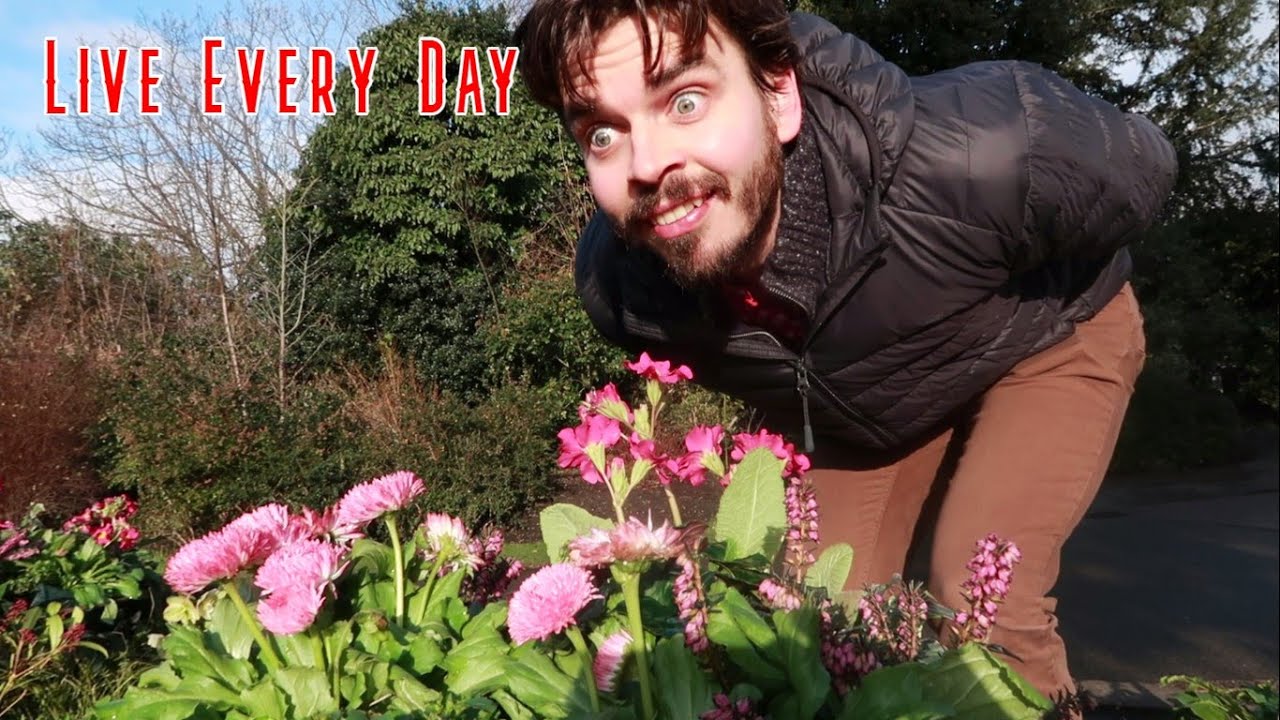